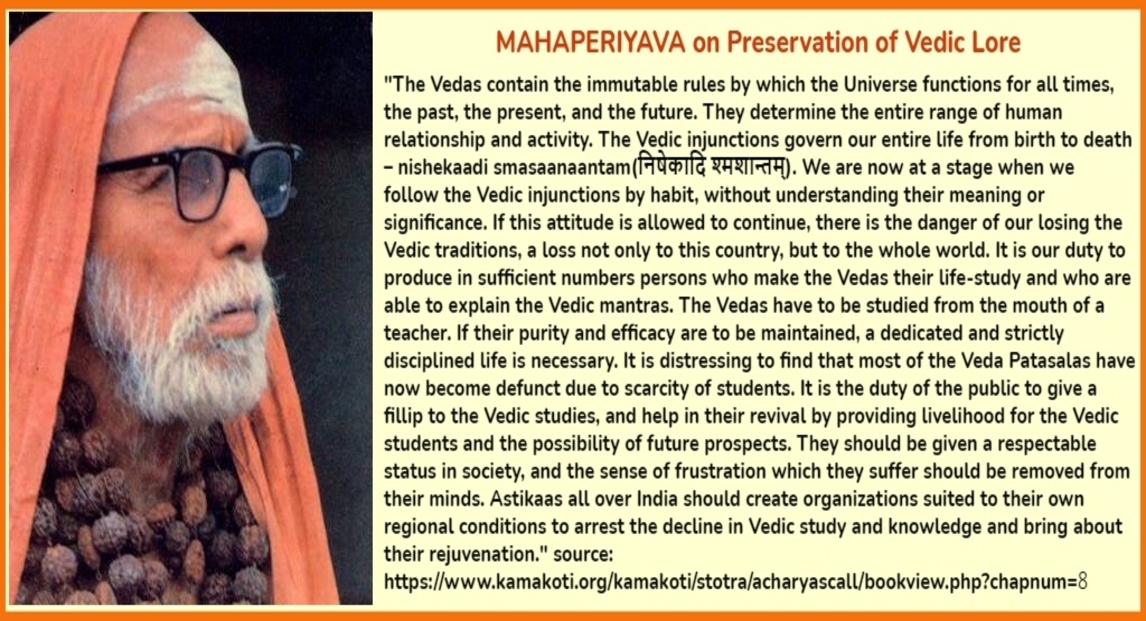 The Patasala in Pazhur was founded by Sri Ramachandra Iyer, a century ago. He had set up a trust and endowed a few houses, and lands in Pazhur, Sirugamani and nearby villages to run the institution. The Patasala has produced hundreds of scholars. It is now being run as sastra patasala and the boys completing ganantha padam are sent to Pazhur for nyayam, sastram and kavyam studies. Although the late Ramachandra Iyer’s cause has been given a new lease of life with the funds he had earmarked in his last will, a huge outlay is required to restore the building and other properties.

As you can see in the videos below, the Patasala homes housing the vidyarthis are in dilapidated and unsafe conditions requiring urgent major renovations. As a first step towards revival, the cost of  building renovations for the first two houses and rebuilding the 3rd house is estimated to be approximately Rs 55 lakhs – $ 75,000.

Lauding the benevolence of Ramachandra Iyer, Sri Chandrasekharendra Saraswati Swamigal, who visited the Pazhur patasala on Founder’s Day — December 3, 1942 — exhorted the villagers to continue the good deed. “It will not be wise to let the Dharma of Ramachandra Iyer dissipate. Make the best use of the institution,” said the Acharya, who went on to speak on philosophy and shastra. During his Vijaya Yatra recently, Sri Shankara Vijayendra Saraswati Swamigal, who halted at the Tiruvanaikkaval Math, visited the Pazhur patasala and blessed the residents.

Sri Jayaraman, auditor in Tiruchi (94433 76766), in charge of the Tiruvanaikkaval Math and Veda Patasala also administers the Pazhur Veda Patasala. He has been serving Sri Matam for more than three decades rendering selfless and dedicated service.

US donors can donate through Kanchi Guruparampara Foundation – kgpfoundation.org/ a Non-Profit Organization (Federal Tax ID: 47-2746457). Please check with your company for ” Corporate matching gifts” to match the donation.

For bank transfer: Veda Vedantapatasala and other charities of Ramachandra Iyer State Bank of India, No 67140346677, IFSCODE: SBIN0001312.

1. Send a brief email to donations@kgpfoundation.org and vidyaadaanam18@gmail.com mentioning “Educational infrastructure support” for accounting and tracking purposes. This will ensure that we acknowledge your donation and issue receipts.

2. Donors please mention in memo “Educational infrastructure support” as the cause you are contributing for.

Sankalpam in the names of all the donors/family members will be done during the Patasala Gruhapravesam poojai.

To be included in the sankalpam, Please fill the Sankalapam Information form below